Hola, travelish people and welcome to the third out of five stations “Canary Islands”, this time with summer greetings from our Lanzarote trips.
Since we discovered on our last trip the charming Madeira, we were heading now after one more day at high sea to the fourth biggest of the Canary Islands, Lanzarote.
Beforehand we had a look at the possible sightseeing destinations and we decided to visit the Museum Lagomar, that once was belonging to Omar Sharif, which is located pretty central on Lanzarote. The second destination, located in the north was the art- & lava cave place Jameos del Agua.

Holidays on Lanzarote – Things to know

Before we share our personal experiences, lets check some interesting facts for your trip to Lanzarote.
The isle is only around 80 miles away from Africa.
It is the far most east isle of the Canary islands and was probably already colonized by the old Phoenician around 1,100 BC.
Lanzarote has, different than Madeira already a subtropical – desert climate.
It rains here very rarely. For example it never rained in a July at all. Never.
In other words: Lanzarote is literally hot.

Additionally to this you see everywhere the volcanic origin, which lets the island look somehow like a moon landscape.
This is not meant in a negative way, because the isle has has its very own unique charm because of this.  Lanzarote has a total size of 845 square metres and is with this a medium sized Canary Island. There are around 150,000 people living on Lanzarote. 60,000 of them are living in the Capital Arrecife.
Another very interesting personal fact is, that parts of the fantasy movie “Krull” from the year 1983 were made here, same as some others like “Doctor Who” or “Enemy mine”.
But let us start now with some true validates experiences of ours, supported with many pictures 🙂

“Old crusaders” like us, we were already used to get up in the morning, step on the balcony of your cabin and discover a new port, a new city, a new isle. So this time Lanzarote.
We arrived on the morning of July, 13th 2016 in the port of Arrecife  and because we are organizing all our tours by ourself, we decided to discover our destinations today with one taxi for both tours, Lagomar as well as Jameos del Agua.
Indeed it is not that simple to get from one point of the isle to the other. At least from the pretty isolated “Lagomar” it would have been a bit problematic.
So we paid in total around 100,- EUR for the whole day taxi trip, which is still way cheaper compared to an organized tour from the cruise ship company.
So we started from port of Arrecife into the 6 miles away Lagomar.

So what is this Lagomar?
Well, it is a museum, restaurant, private property, bar, rock cave, labyrinth, viewpoint and more. And all this is true.
Meanwhile it belongs to the Germa architect Dominik von Boettinger and Beatriz van Hoff from Uruguay. They gave Lagomar the final look. But formerly it was conceived from the famous artist César Manrique and built from the Designer Jesús Soto on behalf of Omar Sharif.
In the 70s the legendary Omar Sharif was on Lanzarote for shootings of the movie “The Mysterious Island“. He fell in love with Lagomar and bought it.
The interesting part of this story is, that in a game of Bridge he lost the house to a guy called Sam Benady.
These are the stories of Legends.
The estate is open for public, daily between 10am and 6pm.
Finally here some snapshots, to give you a better picture.

The charm of Lagomar consists of the symbiosis of man made architecture and natural surrounding. The rooms have been worked very harmonic into the rocks. All is flowing, nothing disturbs.
Some caves, a small labyrinth, a huge amount of Lanzarotic artworks, a small “lake” and last but not least a breathtaking view till Arrecife make a visit of Lagomar mandatory. By the way you also can visit and see the once private rooms of Omar Sharif. A truly unique and fascinating charm which results from this special way of being built.
But enough of daydreaming. Still there is more to see and talk about. The subterranean lava caves with the underground lake, gardens and pool. Better known as Jameos del Agua.

So what is this Jameos del Agua?
Well, it is actually nothing else than a 3,000 to 4,000 years old complex of grottos and caves, made by streams of Lava once back in those times.
Interesting, that the artist César Manrique also here was conceiving the area.
So mainly he made this place attractive for mass tourism as part of the Lanzarote trips.
The highlight Jameos (which means translated from the native language “cave”) is without doubt the crystal clear, subterranean lake.
Sun rays are falling play- and beautiful onto this lake, really impressive!

A very own and peaceful atmosphere is existing here.
And as a “special bonus” in this lake is existing a blind and white crab, which usually only exists in depths of 2,000 metres on the oceanic ground.
After passing the lake on the other side of the cave you will see an amazingly beautiful pool in colors of white and turquoise.
Embedded in an orchestra of many beautiful plants and flowers.
Such eye opener!

Apropos orchestra… the third highlight of this place is the “half subterranean” concert hall in one o the caves with place for more than 500 people.
There are given regularly concerts, the acoustic here is phenomenon.
Well, maybe this would be a reason for us to re-visit Lanzarote.
A ticket price of 9,- EUR to enter Jameos del Agua is fair enough.

So this is how we ended our second highlight for today, but wait!
Maybe this is not an official tourism destination, but we definitely want to mention about it here.
On the way from Arrecife or Lagomar, taking the main road LZ-1 you pass by the so called Barranco de las Piletas.
An amazingly beautiful fractured landscape existing of weathered lava rocks.
Extremely impressive and somehow not from this world.
Please have a look on your own here.

Lanzarote is definitely worth a visit

A short stop by for a small photo sessions should be enough, only important thing is just: Do it!
Additionally to the charming Capital Arrecife, where you can also go for cheap shopping, Lanzarote has also some very good beaches to offer.
This definitely rounds the “Whole-Full-Tourism-Visit-Package”.
So now it is only up to you , to plan your next Lanzarote trip as soon as possible and discover all these beauties with your own eyes.
Meanwhile we are already on track to our next destination. This time it is the smallest of all Canary Islands – La Gomera.

Dear reader, if you enjoyed reading our article we would be very happy about a small donation.
Thank you sincerely, Birdie & Hendrik.

This site uses Akismet to reduce spam. Learn how your comment data is processed.

I’ve never been to the Canary Islands but your photos and your trip look absolutely marvelous! I’ll have to check out the other two parts to get a good glimpse of all there is to do and see! You photos are so bright and vibrant and I bet it’s still even more beautiful in person!

This is such an interesting place I’ve never heard of before. I love the architecture and of course the snails and that crystal clear water. 🙂
All of your photos are fantastic! I’d love to check this place out!

Lovely pictures! I went to Lanzarote with my parents when I was 6 and the one thing I remember of it was that it was so SO hot, my feet were actually burning if I walked on the sand without shoes, so I totally get you when you say it’s literally hot.

The Canary Islands are gorgeous and your post does a great job showing how beautiful it is there. Beautiful pictures and post.

After reading your post about Madeira and now this, I’m starting to feel really envious of you now haha. Once again I must say I love your gorgeous photos! These islands suddenly become so magical when photographed by you!

Thank you Fiona, really glad to hear this and bring some of the magic to you.

It looks like you had an amazing trip! This is one of the first articles I’ve read about the Canary Islands, and it sounds very lovely! 🙂

I have only been to Tenerife from all the Canary islands. But Lanzarote is definitely worth a visit!
Thank you for sharing this cool article!

Gorgeous! Looks like an incredible place to visit. As for Jameos – wow! I would love to see that water! Can you swim/snorkel/dive in the lake? Looks incredible! Great piece of history in your post.

Yes Jameos is pretty impressive but part of the Natural Reserve, so swimming / snorkling stricly forbidden. Buuuuut – the coast is just some kilometers in distance – an kind of watersports possible 🙂

I’d love to visit the Canary Islands one day, particularly as it’s such an English tradition… Bird is exuding some old school Hollywood glamour in these photos!

Yes true Laura-Celine, very english. Thank you for the compliment to Birdie, she will be glad to hear 🙂

Lanzarote looks beautiful & the Canary Islands have always seemed like such an exotic destination to me. Your photos are gorgeous by the way, the shots of Barranco de las Piletas stopped me in my tracks! Im looking forward to reading your next post on La Gomera!

Thank you Sheena, really kind of you and we are glad you like. BTW – La Gomera and even Tenerife are now also online 🙂

Can you believe that even being from Spain I have never visited any of the Canary Islands. I think after all this information it’s time to plan a trip there 🙂

What really caught my attention is “Barranco de las Piletas”. I knew Lanzarote and some other Canary Islands are volcanic ones, but never though they would present such landscapes in their geography! Just amazing! 🙂

Hi Marina, yes the Mainland Spain is of course truly beautiful as well but different IMHO to the Canary Islands. Barranco de las Piletas is really a special beauty, definitely worth to see. Hopefully you will discover one day on your own 🙂

Vicky @ A Backpack Full of Adventures

Gorgeous pictures, Bird! I keep hearing about Lanzarote, but I had no idea it was that close to Africa! It must be boiling hot! Sounds like you had a lovely time, though – thanks for sharing with us!

Yes Vicky, it is boiling hot indeed… but “boiling beautiful” as well 🙂
Thanks for stopping by.

I’ve never been to Lanzarote an it looks really great. Your photos are gorgeous and inspired me to plan a visit to this island.

Bird has been here: 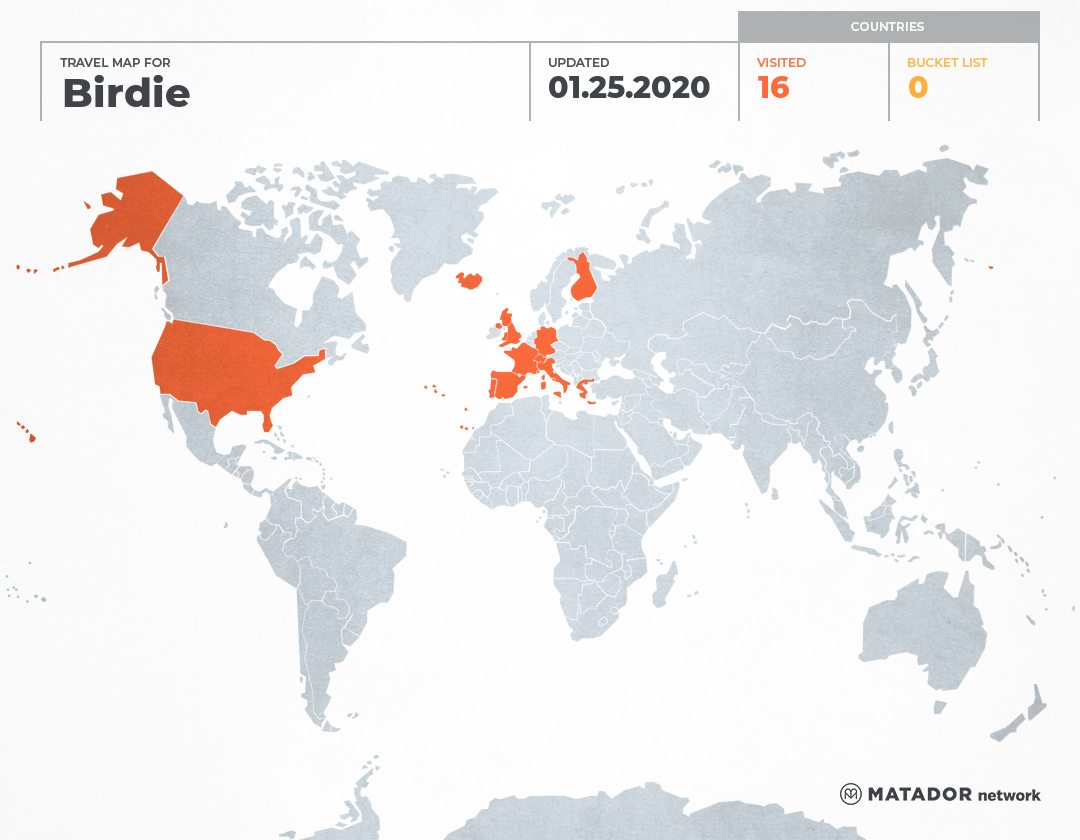 We provide just a click away all the wonderful pictures from different corners of the planet Earth. Moreover some tiny, interesting facts about different places and some traveling tips for anyone, who wants to know more, is curious to find out more about our travelling methods, expenses, or just admire the modest shots. Check out our Bird on Track Travel Blog here!

We love to travel. What can be greater than discovering new cultures, cities, people, food and more? We want to share our experiences with you and also would like to know about yours! Feel free to contact us.

wpDiscuz
We use cookies to ensure that we give you the best experience on our website. If you continue to use this site we will assume that you are happy with it.YesNoPrivacy policy
Revoke cookies